On the 6th of March 2019, Mark Zuckerberg announced a brand new vision for his company and highlighted his position on the future of the internet. Suggesting a major change to his long-held philosophy of “making the world more open and connected,” Zuckerberg predicts that “the future of communications will increasingly shift to private, encrypted services.” Hence, Zuckerberg presented his idea of a “Privacy-Focused Vision for Social Networking”.

When one considers the amount of damage Facebook has done to society over the last decade, and the pressure the company is facing from every corner, one should wonder whether this new proposal is a genuine attempt to put things right or whether it conceals a new ambition to allow Facebook to become more powerful under the banner of “privacy first”. To address this question, it is important to look at the company’s track record, its business model, and the content of the new “principles.”

First of all, Facebook has never had a reputation for privacy. “Frankly we don’t currently have a strong reputation for building privacy protective services,” Zuckerberg acknowledges. In fact, this new vision was announced only a couple of days after The Guardian revealed a “secretive global lobbying operation” undertaken by the company, which targeted hundreds of law makers and regulators around the world, in an attempt to head off the development of data privacy laws.

Second, the company’s very existence hinges on the routine collection, profiling, sharing and selling of personal data, dubbed “surveillance capitalism” or the “commodification of personal data.” It is this business model coupled with the regulatory world it operates in that makes privacy intrusion inevitable and its over 2.32 billion users vulnerable. Therefore, the recurring question remains, will Facebook change its surveillance business model? On this matter, the new proposal raises more questions than it answers.

In his interview with WIRED, Zuckerberg stated that he is not worried about the business side at this time, suggesting that the current surveillance business model will remain intact. As Nicholas Thompson has aptly noted: ‘‘Facebook isn’t putting the current platform—worth roughly half a trillion dollars—in the garbage disposal.’’ In other words, expecting Facebook to change its business model for the sake of privacy and the safety of its users would mean “asking a giraffe to shorten its neck,’’ as Shoshana Zuboff would put it. That is why many observers have characterized Facebook’s “privacy first’’ claim as an empty and distracting pledge.

Included in the six principles that will guide the building of the so called “privacy-focused messaging and social networking platform” is that all messaging services (Facebook, Instagram, and WhatsApp) would be interoperable. This would mean that people could use their Instagram account to message someone on WhatsApp or Facebook. If anything, integrating the three giant messaging and social networking platforms would make users more vulnerable by “combining identities that users intended to keep separate’’ and making regulation more complex. Regulators in Europe and the United states are already expressing their concerns about this move.

Therefore, considering the above issues, Facebook’s “privacy-focused’’ vision should give us pause. Many speculate that Facebook’s new proposal could be seen as a way to get ahead of any antitrust objections and block future efforts to break up the company. For instance, Siva Vaidhyanathan, a long-time critic of Facebook, argues that “The ultimate unification of these platforms under the mothership, Facebook, could effectively block any governmental attempts to sever Instagram and WhatsApp from the company’’. He continued: “It might take years for the European Union or the United States government to muster the legal foundation and political will to break up Facebook.’’ For Vaidhyanathan, Facebook’s dream is to become the ‘WeChat’ of the world.

Having said that, some of Zuckerberg’s proposed principles are commendable – if implemented without undermining competing legitimate interests such as law enforcement and security. Such principles include introducing end-to-end encryption across all messaging services (Facebook, Instagram, and WhatsApp); ensuring that data centres are not built in countries with weak records on human rights; and replacing the current permanence of content data with auto-deletion options.

Halefom H. Abraha, ESR05, is currently a PhD Candidate at the University of Malta researching ”Reconciling performance, privacy and pecuniary benefit in off-site computing” as part of the ESSENTIAL Project. He can be contacted at halefom.abraha@um.edu.mt

Lauren Elrick (ESR No.1) has recently published an article in the International Review of Law, Computers and Technology, Special Issue: 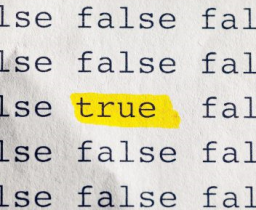 The problems with Ethiopia’s proposed hate speech and misinformation law

Regulating problematic online content has become a pressing issue around the world. The ease and speed with which 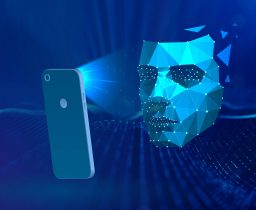 No, Not Every Technology That Uses Your Face Is Facial Recognition. It’s Time We Started To Get Precise 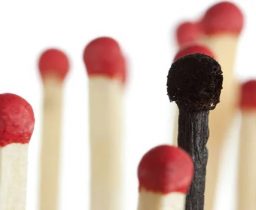 Breaking Bad: Why Facebook’s Policies Are Turning Social Media Moderators To A Life Of Crime

You can find out more about which cookies we are using or switch them off in settings.